Welcome to The Vietnam War Wiki!
The collaborative website about the events leading up to, during and as a result of the Vietnam War that anyone can edit!
862 articles since June 2011

About the Vietnam War wiki

This wiki is a place for all information concerning the Vietnam War. Weapons, armies, people, places, politics and more. All article here are unbiased and should remain that way. Enjoy!

M14 rifle, formally the United States Rifle, 7.62 mm, M14,[6] is an American selective fire automatic rifle firing 7.62x51mm NATO (.308 Winchester) ammunition. It was the standard issue U.S. rifle from 1959 to 1970.[7] The M14 was used for U.S. Army and Marine Corps basic and advanced individual training, and was the standard issue infantry rifle in CONUS, Europe, and South Korea, until replaced by the M16 rifle in 1970.(Read more) 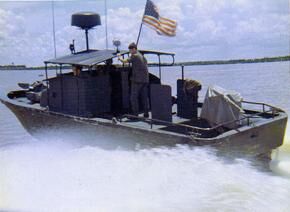 Add a photo to this gallery

Retrieved from "https://vietnamwar.fandom.com/wiki/Main_Page?oldid=5942"
Community content is available under CC-BY-SA unless otherwise noted.